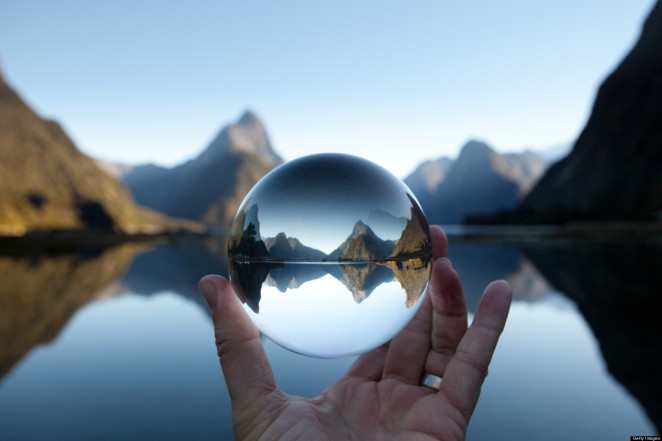 “We are called to be architects of the future, not its victims.”
Buckminster Fuller

“The time will come when people will be compelled to turn to a more subtle mode of thinking. Evolution is created by man himself and nothing can impede it. Even the present state of evolution will in the long run serve a good purpose as a unique tactica adversa, for in his attachment to technology man will drive himself into such a dead end that no way will be open to him but to turn to the joy of the Subtle World.” Supermundane #366

We have all read many books and seen lots of movies about the “future.” What was futuristic in most of these books and movies was the technology. We knew it was the future because it had space ships, ray-guns, photon torpedoes. Different kinds of people lived on different planets in different parts of the Galaxy.

Otherwise, it all seemed the same: The same old people with the same old problems of selfishness, race superiority, greed and lust for power. They just had fancy new stone axes.

There were good people and bad people. The main persons, both the good and bad, and both female and male are of a superior class: Admirals, Captains, Princesses, Dukes, Presidents and so forth. The bad people were fighting to maintain their material status, their possessions, and their power over the good people.

In the books and movies, at great loss, good people “win”. However, eventually some new good people, have to do it over again.

In short, any of these events could have been occurring at practically any time we know anything about in the last 6 or 7 thousand years. One thing we do know is that during those years, the human dense physical body did not change in any basic way.

True. Underlying the tales in some of the more thoughtful episodes of Star Trek and Star Wars there are discussions and themes of Human rights and Principles. However, on the whole the only thing that changed was the technology, particularly the technology we used to get around on the planet, or now, in the Galaxy and kill each other.

It is obvious that the future is not about better tools. The printing press which did not appear until 1400, the wondrous electronic technological advances we have been making over the past 100 years, none of this is evidence of human evolution or humanities Future. “People love to listen to news and to receive toys, but few are ready to refine their consciousness.” Fiery world Part 2 1934

They generate a constant stream of hysteria, fear and hate-filled thoughtforms which dominate and delude large sectors of the public. They generate powerful images which play on people’s desires and fears to buy anything from miracle pills to golf courses. The use of technology to further the divisions and separations of individuals into classes of poor and wealthy, the rulers and the ruled are indicators of the blocking or inhibiting of evolution.

So if not technology, what, exactly, is the Future? Numerous dictionaries say something like the future is “the period of time that will come after the present time”. Not very helpful.

Revolving or Evolving
From an overview of human history—at least the 5 or 6 thousand years about which we know anything—it seems like the same old merry-go-round. Rather than evolving we have simply been revolving. But if we know what to look for, if we look under or through at what is going on behind the technology upgrades, and the endless competition for wealth and power, the future may be closer than we think.

Deep in the middle of all of this, at the very core of it, Humanity has evolved. We have made actual advances into the real Future. Even in ancient times there were human beings among us who knew and struggled, usually at the cost of their liberty or lives, to model the Future, and there were many others who did not know, but sensed, or felt that there was something more in us, something well beyond our dense physical vehicles.

What that something was, was never anything that could be measured in any verifiable way. Yet, it could be expressed, modeled, demonstrated by the way we lived. We know about the heroes of history who struggled endlessly and mainly died to move that something closer to a realization for all of us.

We were/are not so aware of the millions of others who watched and learned and tried to emulate the behaviors of those heroes. Mothers and fathers struggled to raise their children to be conscious of others and to understand that we shared a basic sameness in terms of the needs for understanding and compassion. Hundreds of millions of people worked to live good lives of caring and serving and gradually those principles grew in all of the planet’s societies.

These virtues of Humanity are and were present in all cultures. This is the something who we are. This something is what we call Consciousness. Consciousness is actually nothing, No-Thing. Consciousness is the harmony, the balance, the compassion and love, the recognition of and the joy in our realized Oneness. Humanity is becoming more and more conscious of this Reality, of who we are.

Consciousness = Future
These advances, eked out over millions of years, have to do with the future, with the expansion of consciousness within the human being. Rather than simply revolving and doing the same mindless and heartless things with different tools, this expanding consciousness gradually generates an evolution from the ignorance of identification of reality with our dense physical bodies and our material possessions what we call “self-consciousness” to a deeper understanding and awareness of the Knower,

“A point of Light within a greater Light.” This is what we call “Group Consciousnesses”.

This evolving realization that we are in fact one Humanity carries with it a deeper and growing understanding of the Reasons why we are alive, and the Laws by which we govern how we live. This is what has been growing and is now blossoming in Humanity.

Opinions of current one dimensional science concerning the appearance of humans, depending on what qualifies as “human”, go anywhere from 3.2 million to 300,000 years. However there exists Science that is not bound by the one dimensional illusion of Reality that indicates this experiment has been underway for much, much longer.

“The sons of God shot forth like arrows from the bow. The forms received the impulse and lo! a God was born. The tiny babe knew not the great event.” A Treatise on White Magic P. 441 “Old Commentary”

A Tom Aside
The short story is that Earth evolution was stalled because the form that had been evolved to carry the Human frequency, “the animal man”, could not make the next step, from animal to Human Being, without the “spark of mind”. This “spark of mind” was supplied by highly advanced beings from Earth’s “alter ego”, Venus. These were “The sons of God shot forth like arrows from the bow.” The result was a being with an animal body that had a mind that could interact with the brain. However it took a very long “time” for that to become successful.

All of the above is a very simplified version of these Cosmic events. For a much deeper version we could search “the lords of flame” in the Bailey books. Here is one link to some core data:

“They implanted a germ of mind in the secondary group of animal-men who were ready for individualization. This group, for a long time, was unable to express itself, and was most carefully nurtured by the Lords of Flame, nearly proving a failure. By the time, however, that the last subrace of the Lemurian root race was at its height it suddenly came into the forefront of the then civilization, and justified hierarchical effort.” Treatise on Cosmic Fire P.1148

To Resume
“This took place twenty-one million years ago. Cycles passed and when at a later date the sun was in Leo (approximately eighteen million years ago) the first instances of coordination between brain and mind took place and the human being was definitely self-conscious.” A Treatise on White Magic P. 441

So, from an actual scientific point of view, we have been at this business of evolving for a very long time. We have been “self-conscious” for something like 18,000,000 years. Our “recorded history” of this time is only 6 to 7 thousand years.

I could make a pages long list of events and happenings that have occurred in just the past 500 years that signify the astounding speed up of the progress of the evolutionary growth of consciousness from the separative delusion of “self-consciousness” to the reality of group consciousness. Here are just two examples circa early 15 hundreds that are simply not recognized for what they actually were: 1. Martin Luther’s nailing of a copy of his 95 Theses to the door of the Wittenberg Castle church, and 2. Henry 8’s booting the Pope out of England.

These and other like events in the 15 and early 16 hundreds initiated huge steps in the freeing of the Human mind, at least in the west, first from the vice like grip of the Dogmatic Rule of the Catholic Church.

This led to vast reductions in the power of the Church, numerous centuries long wars all over the Western world, the dismantling of Royal Rule and the appearance of Democracy.

Human evolution is about the growing realization of the innate presence of the Free Will of every single human Being and major efforts to implement that knowing in political, social, and economic policies that see and serve the Common Good and General Welfare as the corner stones of Human Life on this planet. There are literally thousands of examples of the evolution of self-consciousness to group consciousness. Consider the creation of the United States Constitution, The Emancipation Proclamation, Women’s Suffrage, worldwide Labor Movements, the triumph of democracy over fascism in WW1 and 2, the creation of the United Nations, etcetera, and etcetera.

So, here we are, January 2019, a mere 500 years later. This is an eye-blink in our 18 million year evolutionary history! Think of what was going on only 500 years ago.

In 1990, 29 measly years ago, there were 5.3 billion people on the planet. Recent United Nations estimates place the human population of the planet to be 7.7 billion.

Although the evolution of consciousness is still not recognized by current one dimensional science, consider the possibility that a significant percentage of these 7.7 billion units of consciousness or “souls” have through the unavoidable process of reincarnation over the past 18 million years evolved from a state of self consciousnesses to the synthesis of group consciousness.

Each one is one. And at the same time, each one is either consciously or instinctively aware of a kind of belonging or unity with all of the rest of Humanity. This is what Synthesis does.

It is the observably growing presence of the synthesis of self and group consciousness in the Human or 4th Kingdom that is driving the evolutionary changes we have been witnessing over the past few hundred years.

We expect those who are still mired in the delusion of materialism to scoff at these possibilities. However, for those who have even a glimmer of an open mind The Future, in spite of all the theatrics, pain and suffering being inflicted not just on Humanity but on the entire planet by the retrogressive minded ones, is indeed bright. For many the Future is here now.

The 2 questions we each need to answer for ourselves are Really, Who and Where are we NOW?

As Buckminster Fuller, and the Ageless Wisdom has pointed out, “You never change things by fighting the existing reality. To change something, build a new model that makes the existing model obsolete.”