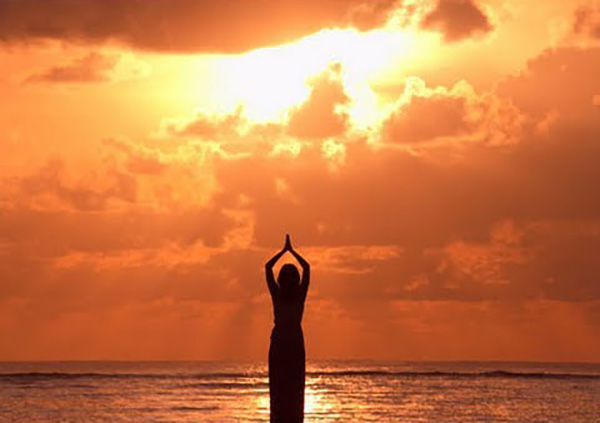 I remember when I was a child being really amazed by the statement that God Created the Heavens and Earth out of Nothing. However, it turns out that Nothing is just a word for Energy. It also turns out that any old human being can create stuff just by willing it. The Big discovery of the last few hundred years, that hardly anyone really gets, is the fact of Cosmic Physics that “Energy follows thought.”

The long path of human evolution actually documents just how humans have employed this power to direct energy into form. For example, according to current archaeological data, some 2.6 million years ago among the very earliest things we “in-vented” or created—which, in this dense physical dimension, means to cause something to come into dense form that was not previously in form—was a blade made by flaking a piece flint until it had a sharp edge. This “tool” was then used as an axe or, when made into a point and attached to a long stick, as a plow or a spear. Some 64,000 years ago, in a giant leap forward we invented or created the bow, a mechanism that would propel sticks with sharpened and pointed stone tips attached (eventually called arrows) with enough velocity to penetrate the body of an animal or another person.

Eventually various kinds of metal (which was not “invented”, but discovered about 9000 years ago) replaced the flint arrow heads. But, another really great leap forward had to wait until the 9th century AD when gunpowder was invented in China. In a veritable eye blink, some two hundred years later, we had the invention of the gun. The gun was an invention or creation of a device which uses the explosive power of “gunpowder” to project a piece of metal, eventually called a projectile or a bullet, at velocities that would enable the bullet to penetrate fleshly bodies with devastating force. Considering the eons, it took to go from the bow and arrow to the gun, it was with blinding speed that we advanced to machine guns, the atom bomb, and at least Star Trek “phasers” or the Romulan equivalent “disrupters” which emits a stream of high frequency energy that will dissolve a dense object such as a human body.

Not everything we created was made into a diabolical weapon. There was Apple pie, and we should also mention the creative efforts of human beings which extend from the wheel to space ships. Literally all of the “things” in the dense form world that are not part of Nature are the creations of human beings using their personal wills to direct energy into forms.

Also, we have mentioned only the dense physical stuff. All of our social, economic, governmental and cultural systems are things as well. These too, although non-dense, are identifiable products of human creation using thought to drive energy into forms.

Understanding creation, it is relatively easy to document the facts that it is human creation not God creation that is the responsible force behind the terrible blight of pollution that infects the air we breathe, the water we drink, the food we eat. Humanity is responsible for the destructions of multiple planetary plants, and animal forms as well as entire ecosystems and customs. The island of Iceland comes to mind.

Much of this was more a matter of reconstruction rather than destruction and was brought about by human beings simply moving in and setting up shop. But huge amounts were the effects of the insatiable lust for power through the acquisition of property whether it be land or gold, or oil, or timber and in places like Africa, slaves. Also, the production and dumping of plastics and garbage into the oceans, the melting of the ice caps, the generation of huge tornadoes and other weather phenomena such as droughts and floods are not the effects of a God’s work.

One other “thing” that Humanity has invented is Government. Of extreme importance here is that we recognize the path of the creation of government. In the non-freewill animal consciousness, government evolved into a system were the strongest member of the pack became the ruler and dominant male. In the Human kingdom free will was part of consciousness and the animal pattern of the powerful one evolved into beings who became kings.

THE EVOLUTION OF GOVERNMENT

These kings were supposedly appointed by a God to rule, and we had what was known as the Divine Right of the King. Kings ended being Rulers who actually owned everything. The evolution of government since then has been from the power of the separate exclusive individuals to rule over the whole to the power of the unified group of all to govern over the whole, or from the divine right of Kings to rule over property (any person or thing that is not a King is the property of the King) to Government of, for, and by the People and the common ownership of property like our huge national parks.

While not as lengthy as the trek from the flint arrow head to machine guns, the struggle between the ruler/ownership of the many by the Royal One to the actual self-government of Humanity by the One Humanity, through democratic institutions that recognize and celebrate the freedom and dignity of every individual, these two have consumed many thousands of years. This struggle is still very much in the balance. However, when considering the uncountable eons of our evolutionary past, we are moving at light speed.

We actually entered the ending/beginning of the Aquarian cycle some few hundred years ago. Today, we do know about, and at least relatively understand, the fact that Energy follows thought. Well, we also know about Newton’s third Law of motion. “For every action, there is an equal and opposite reaction.” This is not an exclusive Law for Earth or for our solar system. It is a Law that encompasses Cosmos or Infinity. It encompasses every-thing and no-thing or Energy.

Now, in the beginning stages of the Aquarian Age, Newton’s unavoidable Law of Cosmic Physics makes it imperative that we also know about and understand that every action is initiated by a motivating purpose, an intention, a will, a driver for the action. The Purpose is the Power which initiates and guides the action. Thus, fully understanding Newton’s Third Law of Motion, the issue is to be conscious of why the action is happening. What is its Purpose? What is the end it expects to achieve?

Probably a very large percentage of all initiated actions are unconscious products of an individual will. Most of what most people do is probably motivated by their separative, selfish personal desire for comfort, fun, power, amusement, whatever. However, whether these actions bring comfort, fun, happiness or harm in any way to others, Newton’s Third Law of motion will be functional. “For every action, there is an equal and opposite reaction.” Incidentally, this is the same Law that Jesus was trying to make clear on the Sermon on the Mount. “Do unto others as you would have them to unto you” The fact is that whatever we do unto others we are doing unto ourselves.

What such self examination reveals is the Purpose that guides our lives. Some, hopefully many, of those who read this Thoughtline will recognize the words in the title. Personally, I do not recall a day in the last 55 years when I have not actively thought of these words at least once. The phrase is a part of a group of stanzas called “The Great Invocation” which I encountered when I stumbled into the Ashram’s Teachings.

For many years I sounded the Great Invocation as if it were a request for aid. However, some 25 years ago I began to understand that using this Invocation was not a request for anything. It was a “Word of Power”. Using it is an act of deliberate, conscious, direction of energy.

This understanding put a significantly different Light on the use of this Invocation, and I began to see its meaning and significance from a totally different angle. As I have mentioned, I think the point of our being here now is to be the Great Invocation. The “words are the pedals of the thought”. The effort is to move the words, the thoughtforms, into manifestation with actions, to embody the thoughtforms in moment by moment conscious living.

This seems to be consistent with the Aquarian energy cycle of Rays 1, 2, and 7. We are not trying to escape from the illusory veil of horrors and destruction into which the Piscean cycle seems to have degenerated. We are fully engaged in bringing the Realities of the Aquarian Age, which already exist, along with the fact of a multidimensional Cosmos of Beauty and Joy, into conscious manifestation in the patterns and policies of human life.

This the Intended function of the 7th Ray. This is why we are here now.

The obstacles to this effort are the ancient, familiar propaganda of lies of separation, exclusivity, pride, greed, and the use the brute power of terror and hate with which the forces of retrogression have endeavored, with a lot of success, to enslave humanity for eons. Just now, it seems that these ancient evil forces have, to use a common term, “doubled down” on these phantoms of ignorance and deceit. The Retrogressors are fairly screaming them from the house tops, and when some of the house tops happen to be the seats of the Legislative, Executive, and Judicial power in the “most powerful nation in the world”, this becomes rather significant. In the ancient language, this condition is known as Armageddon.

Sisters and Brothers, over the past 35 or 40 years, the mask of deceit and concern behind which the forces of Retrogression have been hiding for centuries has been rapidly deteriorating. Today these forces stand naked and exposed in the light of their heartless, ruthless, ignorance of greed for power and wealth. These forces have used the power of the 7th Ray of ceremonial magic to manifest systems based on the illusion of separation and hate, to cause great harm in the most advanced form of Government that ever existed, and to generate great fear and loss of heart among many millions of our sisters and brothers.

And by so doing they have not only revealed themselves, but they have awakened the heart of the people. The people are massing on the mental and emotional plains and beginning to seriously impact the dense physical. For those who care to look, the hand of the Avatar of Synthesis is obvious.

Purpose, the “Purpose that the Masters know and serve” is again guiding the little wills of men. Remember what happened when the dinosaurs got out of control. “From the beginning they struggled. From the beginning we conquered.”

For a long time now…

Gulls mostly, but sparrows, too,

And, once in a while,

That it’s all mechanical…

The flying I mean…

That it’s just a matter

Of muscle and flap.

It seems to me as I watch,

There’s more to it than that;

I feel it, too, deep in here

It lifts; it strains; it pulls…