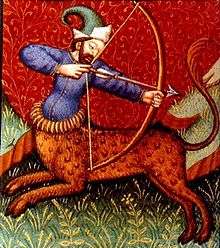 The Sun was in Libra on July 28 when John McCain voted down the inhumane and selfish so-called health care bill. This was the one small push, the breaking off of a snow shelf that started an avalanche.

On September 26, the Sun was in Libra when the Senate decided that they did not have the votes to pass the Graham-Cassidy bill to repeal Obamacare. The scales were balanced. Justice prevailed.

The Sun was in Scorpio on November 7th when Sanity reigned against hate in elections, particularly in Virginia but all across the Nation. Many, many sisters and brothers made a choice. They chose the Light.

Now we are in Sagittarius. The new direction has been indicated, and it tends toward Liberty and Freedom. The arrow has left the bow.

However, the Senate is now considering a bill which if passed in its present form will undermine and destroy many programs and laws that support the Common Good including the health care systems provide for the least among us.

We have been on the inbreathing arc since November 21 when the sun entered Sagittarius. Sometime in the very near future possibly before the full moon on December 3rd, the Senate will vote.

Sagittarians are warriors of the Arrow. Heart thinking is called for now. Loose your arrows of love and Joy.

The first time given below is Pacific Standard Time. The second time is GMT time. When and where Daylight Savings Time is in use, add one hour to the given times.

The dates and exact time for the full moon of Sagittarius are as follows: