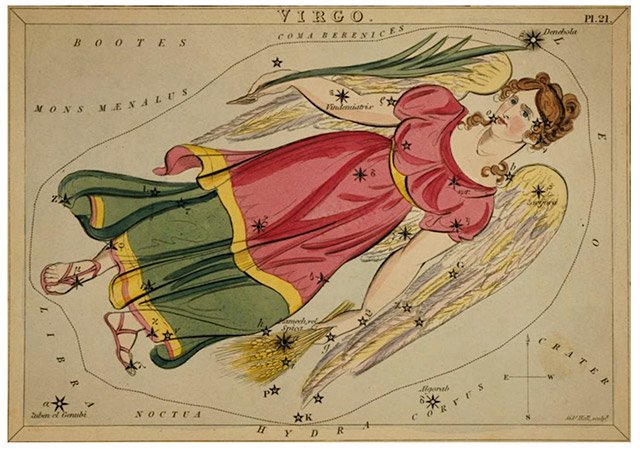 Well, something is going to manifest in Virgo. There are obvious major labor pains in virtually every nation on the planet. My human, and therefore admittedly rather limited, sense is that there has been a massive prison break. Appropriate metaphors would be like “the last straw” or the final grain of sand on the pile that starts a landslide, or the final storm that breaks the dam and releases the waters.

It was always an inside out kind of thing, and therefore hard to see for those who are glued to the dense physical. But it was inevitable and unavoidable. It started being visibly obvious after the election was stolen in the U.S.

That act initiated the Tactica Adversa. “As an entity of the spiritual plane, thought cannot be annihilated. It can be opposed by a similar entity of greater potentiality. In this lies the essence of Tactica Adversa, when a monster is permitted to attain its complete ugliness in order that afterward it may be destroyed by a ray of Light. Hierarchy will be the best pledge of the true might of Light” Hierarchy 211

The trick has always been to manifest the next phase with as little destruction as possible; however, recall what happened in Atlantis. Also remember that bit about being destroyed by fire. Well, Love is a fire and you will note that we have plenty of Love along with determination and Will for Harmony to move successfully through any conflict that might arise.

Fortunately, we have the Avatar of Synthesis on the scene and “Conflict in the extreme, followed by quick evolutionary change will manifest wherever the Synthesis energy is applied.” Key words in that statement are “quick evolutionary change”. Evolution during the dark ages(5th through the 15th centuries) on the planet was at a really tired snails pace. In the past 3 to 4 hundred years it has been steadily increasing.

It is also good to remember from time to time that we have entered a new age, the Aquarian Age, and that we are working with energies of Rays 1.2 and 7. These are far, far different than the Piscean energies of Rays 3 and 6. Changes that took hundreds of years to happen and stay put are happening now frequently  in a matter of a few years.

Wonder what the “quick evolutionary change” is going to look like?

The dates and exact time for the full moon of Virgo are as follows: