Dear Friends.
Our seed thought for this cycle happens to be Initiation.
Thought it would be good to initiate something. Couldn’t think of a better thing than to do than clean up the U.S. Capitol, especially the Senate Chamber. As you know it is full of mendacity and other hideous creatures just now.
Do the meditation below in case you have a few minutes to help out.
It’s fun!
lots of love,
-tom

Out Line for Capitol Cleaning Meditation

Align with the Ashram (MM or a representative), Christ, Shamballa, Heart of the Sun, Central Sun, or through the Ashram with the Christ, the Planetary Logos, and the Avatar of Synthesis.

Invoke and stand receptive to the Synthesis energy flowing into and down this alignment into the heart of the group.

With an act of the Pure Reasoning Will direct the Synthesis Energy of the group heart through the Statue of Freedom* (A Woman) on the top of the US Capitol into the Capitol building, through the dome of the Capitol. 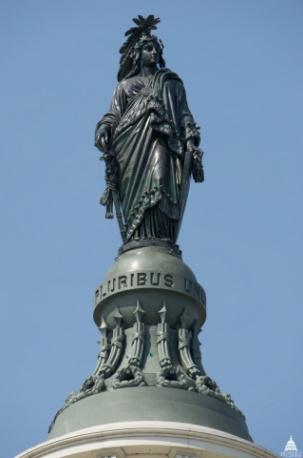 Visualize the Light anchoring in the Capitol Rotunda spreading horizontally in a 360 degree wave that flashes throughout the building moving as Light through any presence of darkness.

Focus again in the group heart and pulse a stream of the Synthesis Energy directly down the same alignment. As the Light enters the Rotunda, see it split into two streams one moving into the chamber of the House of Representatives (left) and the other into US Senate (right). 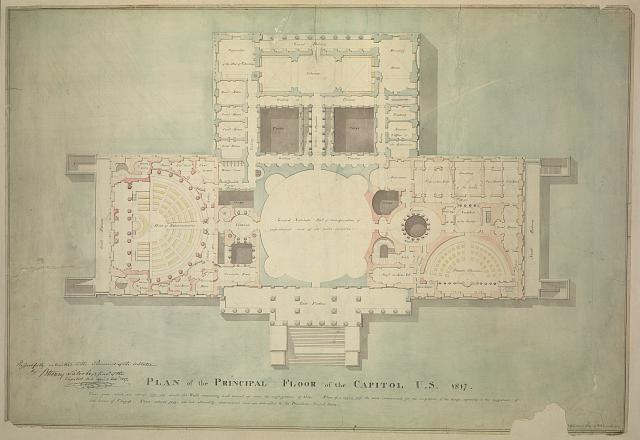 Within each chamber, see this Light spontaneously form as a sustained, large spherical Sun like field of energy radiating the entire chamber with the energy of Synthesis.

Fix the image in place with Word of Power, The Great Invocation. Know that this Presence will remain radiating in the space.

This process can be done by anyone of the group at anytime. Thus, the group will continue to energize this field every day at various times.

*The image of the Statue of Freedom, or “Freedom Triumphant in War and Peace”, the crown jewel on top of the United States Capitol Building. The helmet design is basically an adapted Roman military helmet, with stars across the brow, and an eagle and feathers on top in the umbrella or mohawk style pictured.

What most people don’t know is that the helmet design was originally different, and in the 1850s the man in charge of the design approval was none other than Jefferson Davis of Mississippi. Davis would be the eventual president of the Confederacy during the Civil War. The original design was plainly a Roman Liberty Cap, or Phrygian Cap.

The Phrygian Cap is basically a symbol of the pursuit of liberty and freedom, and one of slaves winning that pursuit in ancient Rome. Now, it stands to reason that the eventual leader of the Confederacy would disapprove of such a symbol on the top of the Capitol Dome, but what Jefferson Davis couldn’t predict was the outcome of history.

The Statue of Freedom as you see it is a true symbol in American history of liberty. Most of the Capitol and grounds were actually constructed by local slaves, as the appeal for laborers to the task was largely unmet. The Statue itself was cast by a man named Clark Mills, whose right hand man was a fellow named Philip Reid. Reid was himself a slave. And when the foreman of the project went on strike demanding higher wages, it was Philip Reid who oversaw the assembling of the statue. The important historical note here is that in 1862, Abraham Lincoln signed into law an act called Compensated Emancipation, which freed all the slaves in the District of Columbia, Reid included.

Approximately 8 months later, Lincoln gave the now famous Emancipation Proclamation, and in December of 1863 the Statue of Freedom was hoisted into place in front of crowds of now free citizens. Following that the Union, or North, would eventually win the Civil War and slavery would be abolished.

What does all this mean? It means a) the Statue of Freedom earned its name, and b) the Eagle feather Mohawk/adapted military helmet is in fact, an American Liberty Cap.