And so, we enter the cyclical pause, between the accumulated out-breath of the 2016 Cycle, and the initiation of 2017 cycle. We start the 2017 yearly cycle with the Winter Pause, Capricorn, Aquarius and Pisces, followed by the initiating/out-breathing activities of the Three Linked Festival of Spring, Aries, Taurus and Gemini. We then have the Summer Pause, Cancer, Leo and Virgo, followed by the manifesting/out-breathing activities of the three Linked Festival of Fall, Libra, Scorpio and Sagittarius. 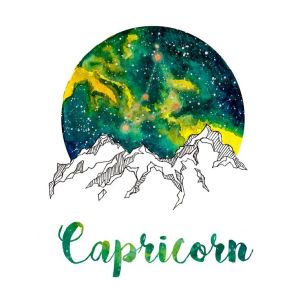 It is interesting to note that each out breathing cycle is preceded by a Pause. Cosmos “thinks” or pauses before it Acts. You could say, “In the beginning was the Pause.” The ancient Teachings concerning our working in the interludes–

“the place where magic happens,” and that “Energy follows Thought”– applies.

“Think before you speak” is the clichéd residue of the ancient guidance of working in the interludes. “The web pulsates.  It contracts and expands.  Let the magician seize the midway point and thus release those “prisoners of the planet” whose note is right and justly tuned to that which must be made.” Rule 12 A Treatise on Cosmic Fire

Consciousness is being, being. It is awareness of Reality. As we develop, or perhaps realize is a better word, our capacity for being conscious on the Buddhic Plane, probably function what we call contemplation, we become useful. That is, we become able to provide a connection, a junction, a link between the Plane of Principle or the Atmic plane with the Higher Mind, the World of Ideas, or as Master M. refers to them – Images of Truth.

On to Capricorn, to the realization or inbreath phase of the pause cycle. In Capricorn, Rays 1, 3, 7, we realize, or become conscious of the results of our last effort. We understand, (1) what worked and what did not work and needs to be discarded or upgraded in preparation for the next effort, (3) and we turn to the new task (7) to manifest these improvements and upgrades.

This does not sound all mystical and wonderful, but it is practically and energetically pretty much what happens.

We sort of get our act together before we enter the next round. We think before we speak. We are warriors of the Light. This business we are involved in is not some fairy tale. It is the process of Evolution. Evolution demands every drop of will and love and intelligence that we can muster.

What drives Warriors of the Light is the unshakable consciousness or realization that the Light will prevail.

Today, in 2017, the clouds of unconsciousness and distortion all but obscure the planet. From the mountain top of Capricorn, we do not see this as something to be feared. We see it as a tremendous opportunity. Never have the forces of retrogression been so clearly exposed. Much of their power comes from being hidden from the Light, from being in the darkness of unconsciousness, or chaos, or being dead, or not alive. It has always been the exposure to the light that makes them vulnerable.

People by the billions are becoming conscious of their existence. Retrogressors cannot stand in the Light of Truth.

We are the Truth.

From the Beginning they struggled.

From the Beginning we conquered!

We do not admit into the great battles the small worms that crawl in the mist.

This is the notification for the exact time meditation group

Full Moon of Capricorn in 2017

The first time given below is Pacific Standard Time. The second time is GMT time. When and where Daylight Savings Time is in use, add one hour to the given times.

The dates and exact time for the full moon of Capricorn are as follows:

Principle/Law: The Principle of Goodwill

Expressed in humanity as that which incites to and produces initiation

To synthesize the work, it is recommended, but not mandatory to:

1)     Use the conclave meditation form

3)     Participate in either the 5 or 3-day rhythm by substituting the full moon meditation for the regular daily meditation.

Looking forward to seeing you in the Light of the Syrian Sun, and